Throughout this masterful book, Rav Oury Cherki offers the quintessence of long years of Torah study and a far-reaching reading in human affairs, allowing him to analyze a wide range of topical subjects which today seem to confront our societies.

A wide range of topics.

This is an incredible opportunity to help spread R. Oury Cherki’s unique torah to a wide audience around the world including millions of English-speaking Jews, as well as growing communities of Noahides around the world.

*Prophecy is a phenomenon that has vanished from the world since the death of the last prophet, Malachi. We are not talking about creati inspiration or poetic flare, and not even the divine spirit which rested on the great Jewish scholars over the generations. Blaise Pascal, the French philosopher, defined prophecy as a state in which man speaks with God out of certainty, but the definition that arises from a straight-forward reading of scripture is precisely the opposite: prophecy is a state of certainty in which God speaks to man…

*We can learn two points from above regarding the Torah’s attitude toward technology. First, that progress is desirable in God’s eyes. Second, that God is interested in man’s partnership in advancing technology. The God of Israel created the world incomplete, and he wants man to complete it through his actions, as expressed by the phrase “that God created to do” (Bereishit, 2:3)…

Participate in spreading the book in Israel and around the World!
מק"ט: 978-965-7466-11-07 קטגוריה: Books in Foreign Languages
For any contribution find information on the projects page Our Projects 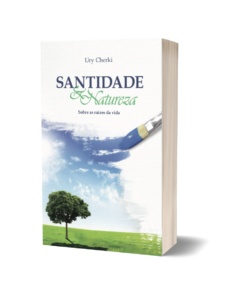